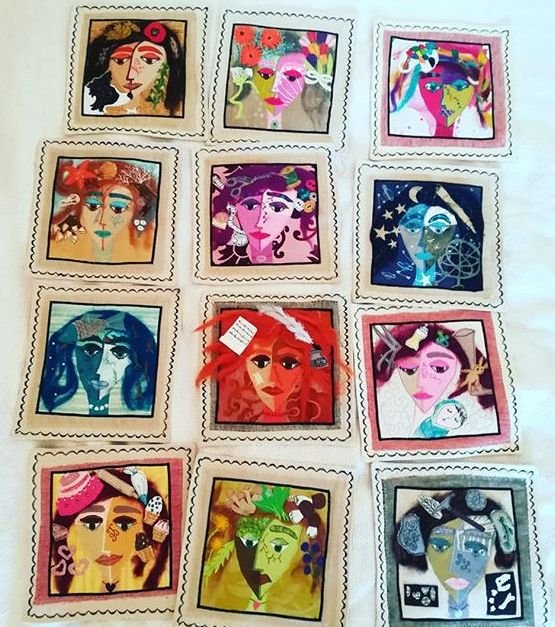 The story of the 'Selfie Series'

The series of the 12 smaller women is finished now and they are individually framed.

Let me tell you what the idea behind this project is. Many years ago I had an interesting and successful job as a social worker and counselor in a women's centre. After I became ill it turned out that I would not be able to work anymore and I became a very young pensioner.

Which was difficult in a society where people are a lot defined about their careers. It's one of the first things people ask! What's your name? And what are yiu doing? What is your job?

First I didn't know what to say, because I was not 'Doing' anything.

Eventually I realized I'm doing a lot!! Probably more than I have done while working in my job.

All these 12 women represent me and all the things I do. I 'm good alt all of it, you could say, I have 12 'jobs' now, but I prefer to call it a vocation. 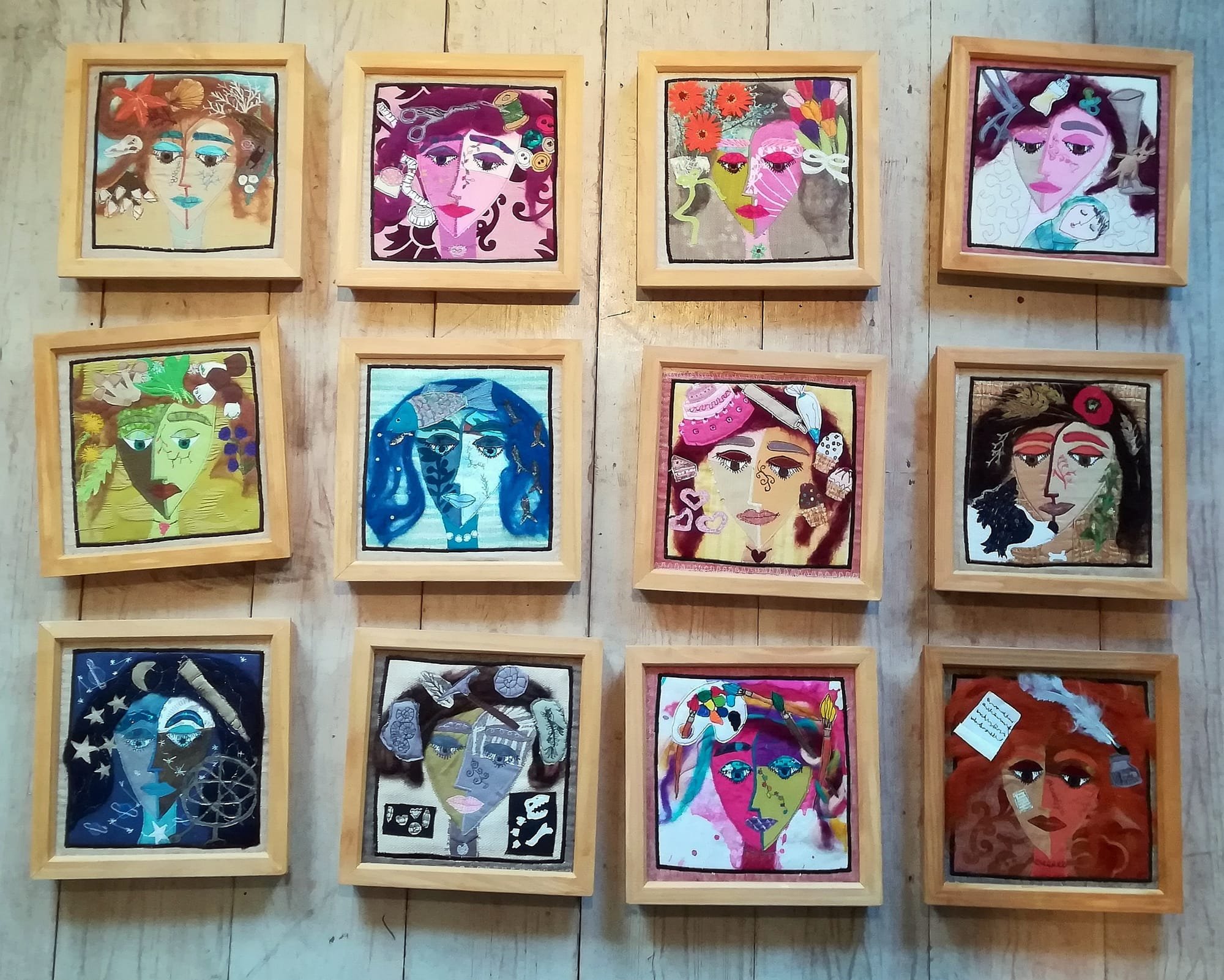 They are all listed individually in the Gallery under 'Art for Sale, including prices